We were contacted by Mosspits primary school in 2013 and asked to design an exciting and inspirational playground area for the new 1st year pupils.

After listening to the Head and the teachers involved, they said they were unimpressed with the generic design proposals they had seen so far from other companies and were looking for something more imaginative and inspiring.

The teachers provided a scrap book that they and the children had put together showing pictures and drawings of things they liked and wished for in the playground.

Plantdesign listened and took on board all the information provided (including the budget) and designed an outdoor space that amazed both the teachers and pupils. The design included areas to promote both learning and play. We designed a sunken classroom with an underground tunnel leading to a play tower. We also included a swing bridge, sand pit and a woodland storey time area with bark chippings and tree log stools. There was also a large paved area installed with an artificial lawn to allow for plenty of running around. We also included a secret garden which was screened with Bamboo planting to hide the woodland paths. The paths were a mix of gravel and bark with  stepping stones and log balance beams to encourage play and balance skills.

There was also a log beam hideaway for when you just wanted to get away from the hussle and bussle of the play area. We aimed to provide something for everyone who was using the new playground area.

We quickly got to work in the summer holidays that year, excavating and clearing the existing space and constructing the designated areas as designed.

We completed the project on time and on budget and can often see the children enjoying their new playground, as our Woolton road shop is just next door to the school.

"The kids absolutely love the new playground! It is so much fun to be in and looks beautiful! The parents love it too!" 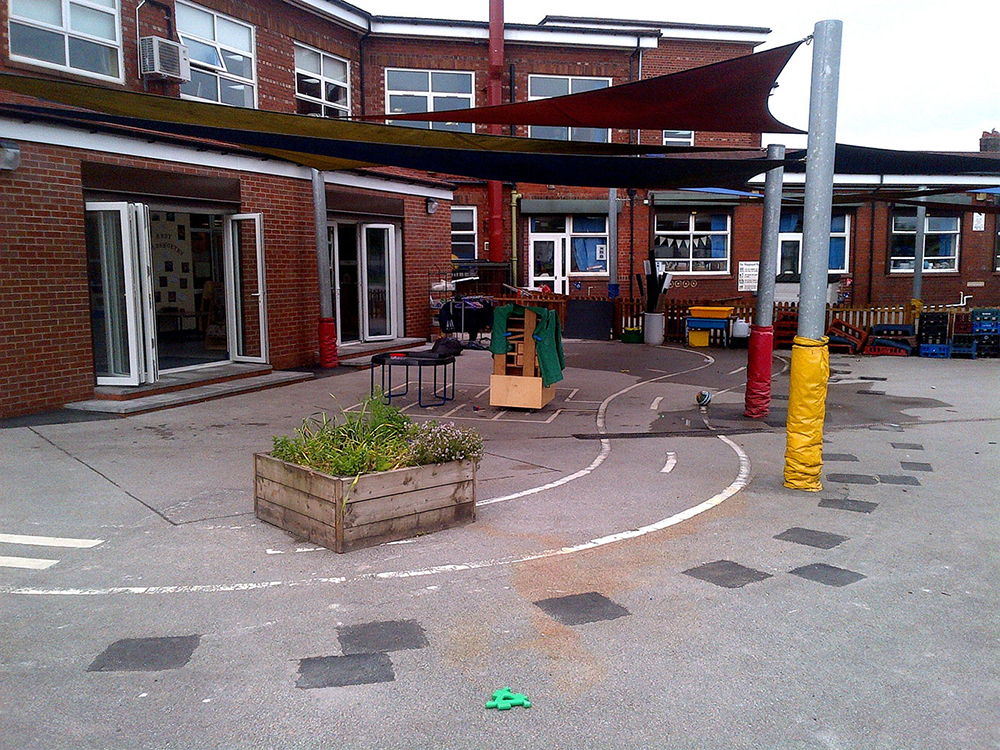 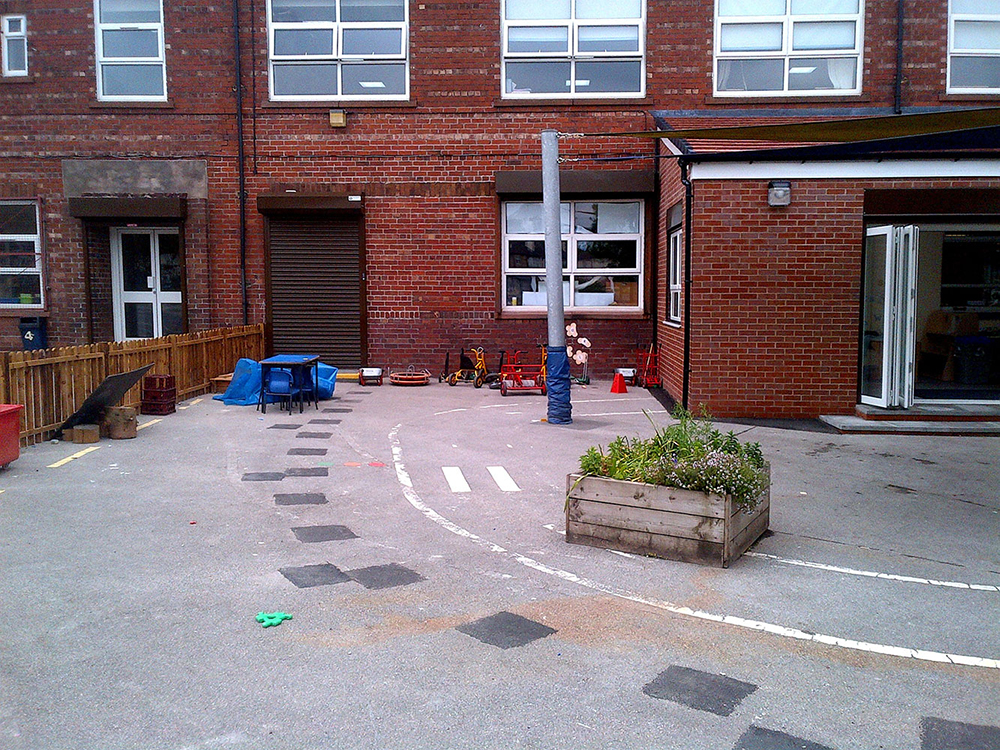 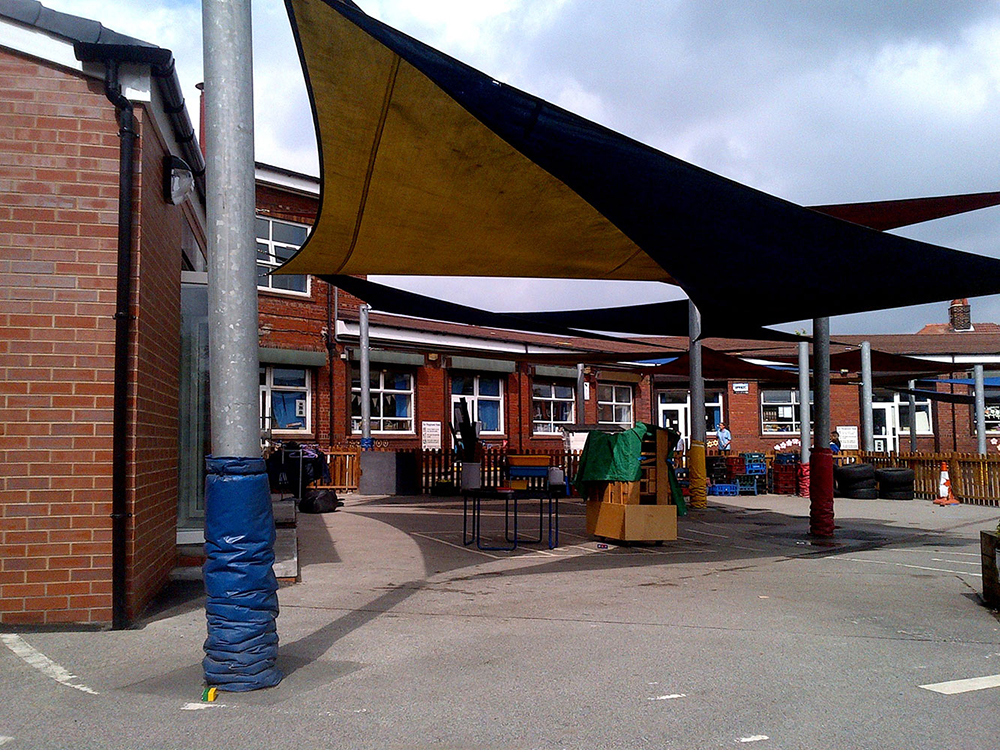 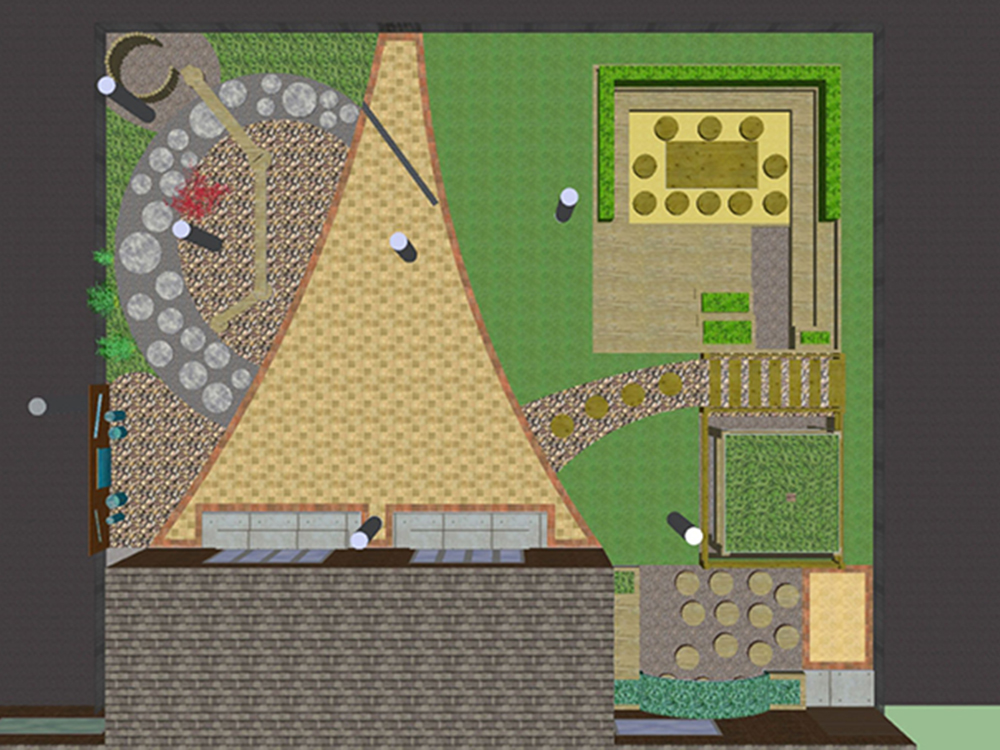 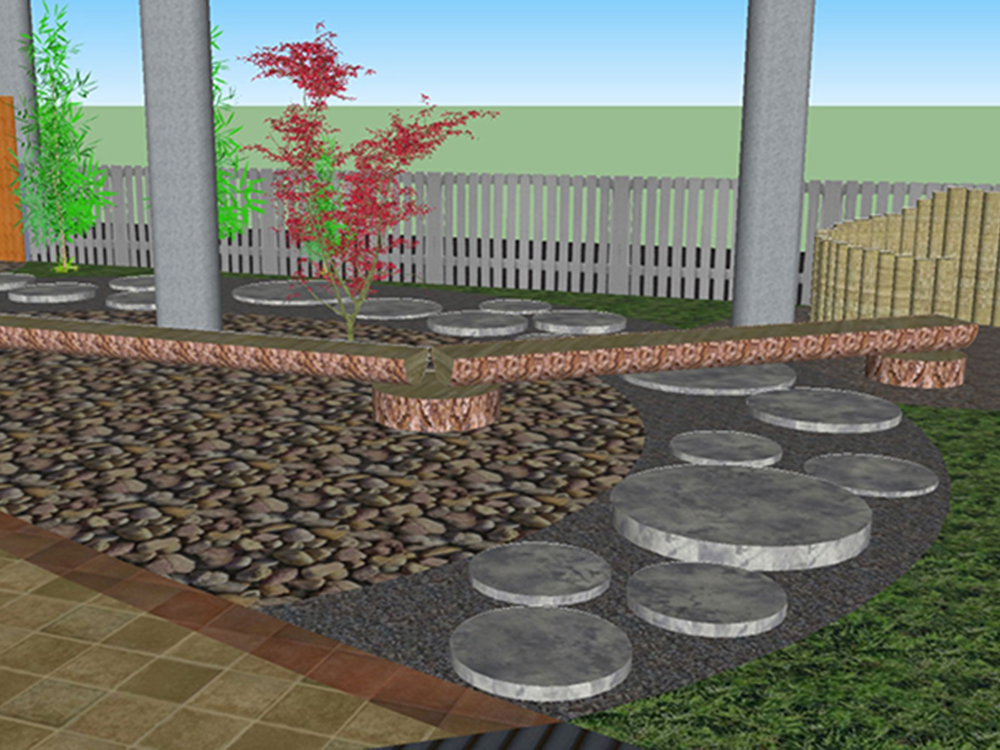 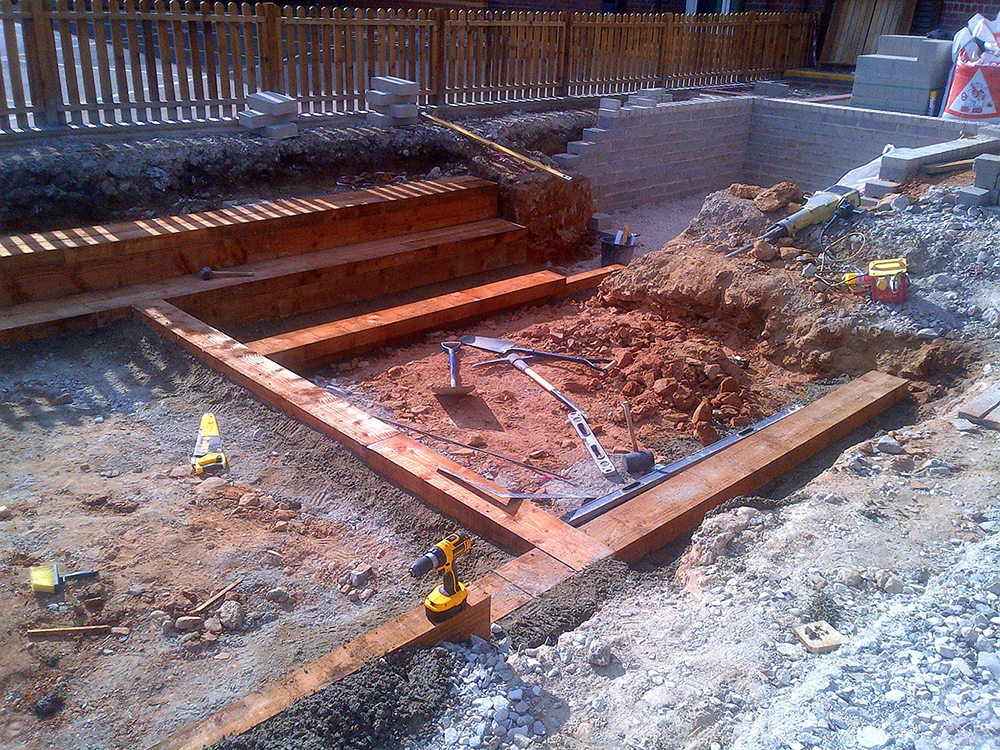 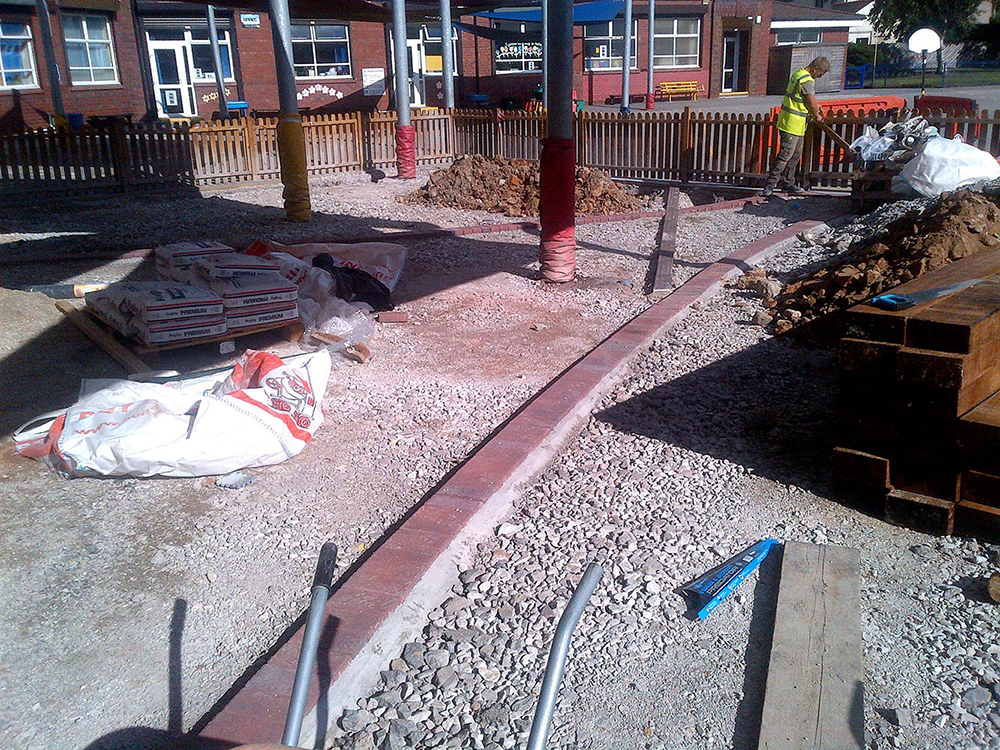 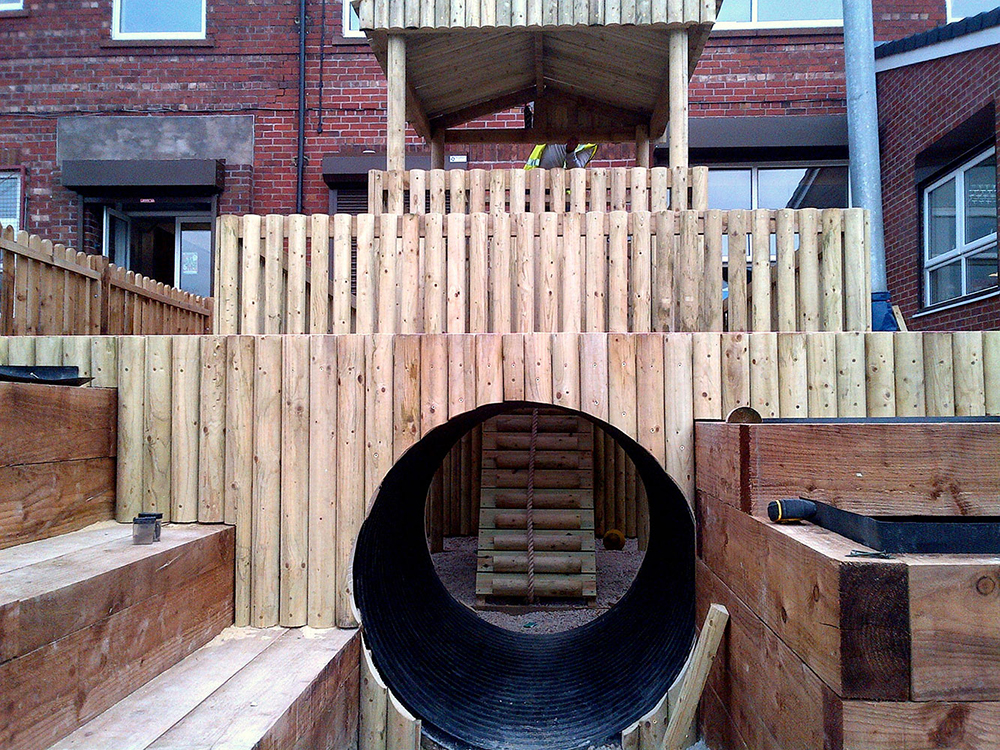 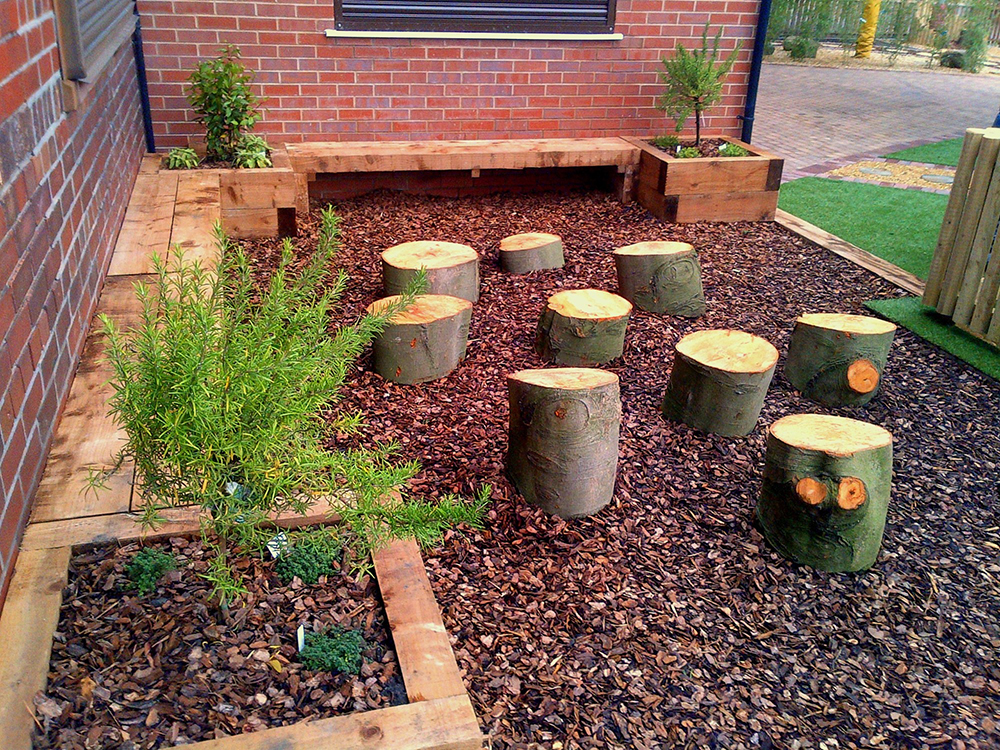 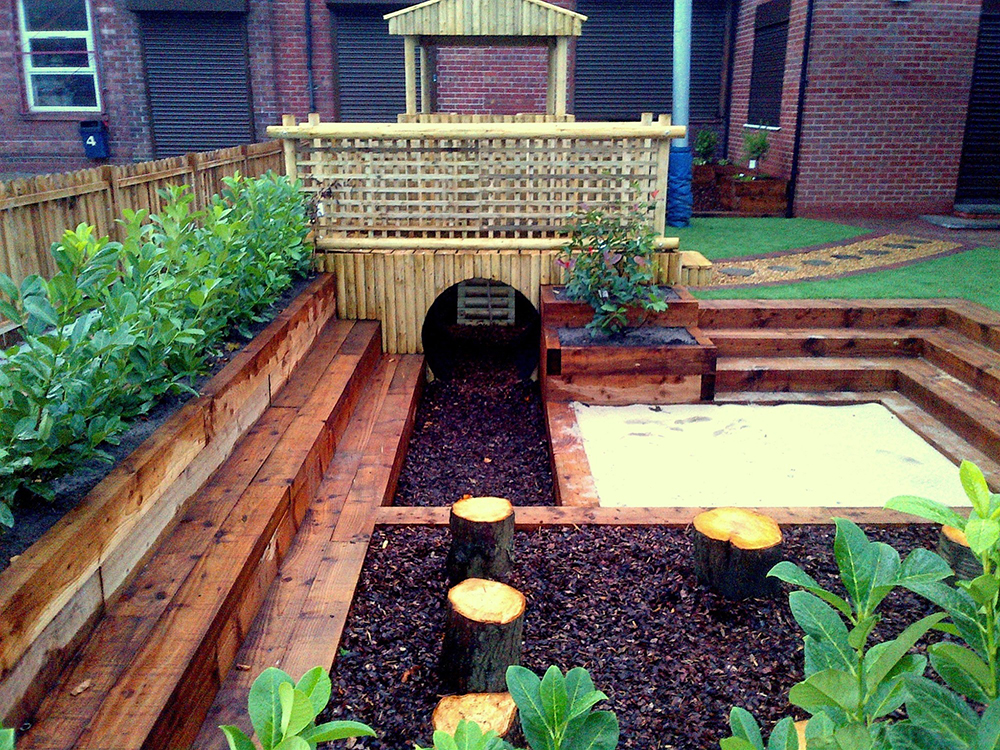 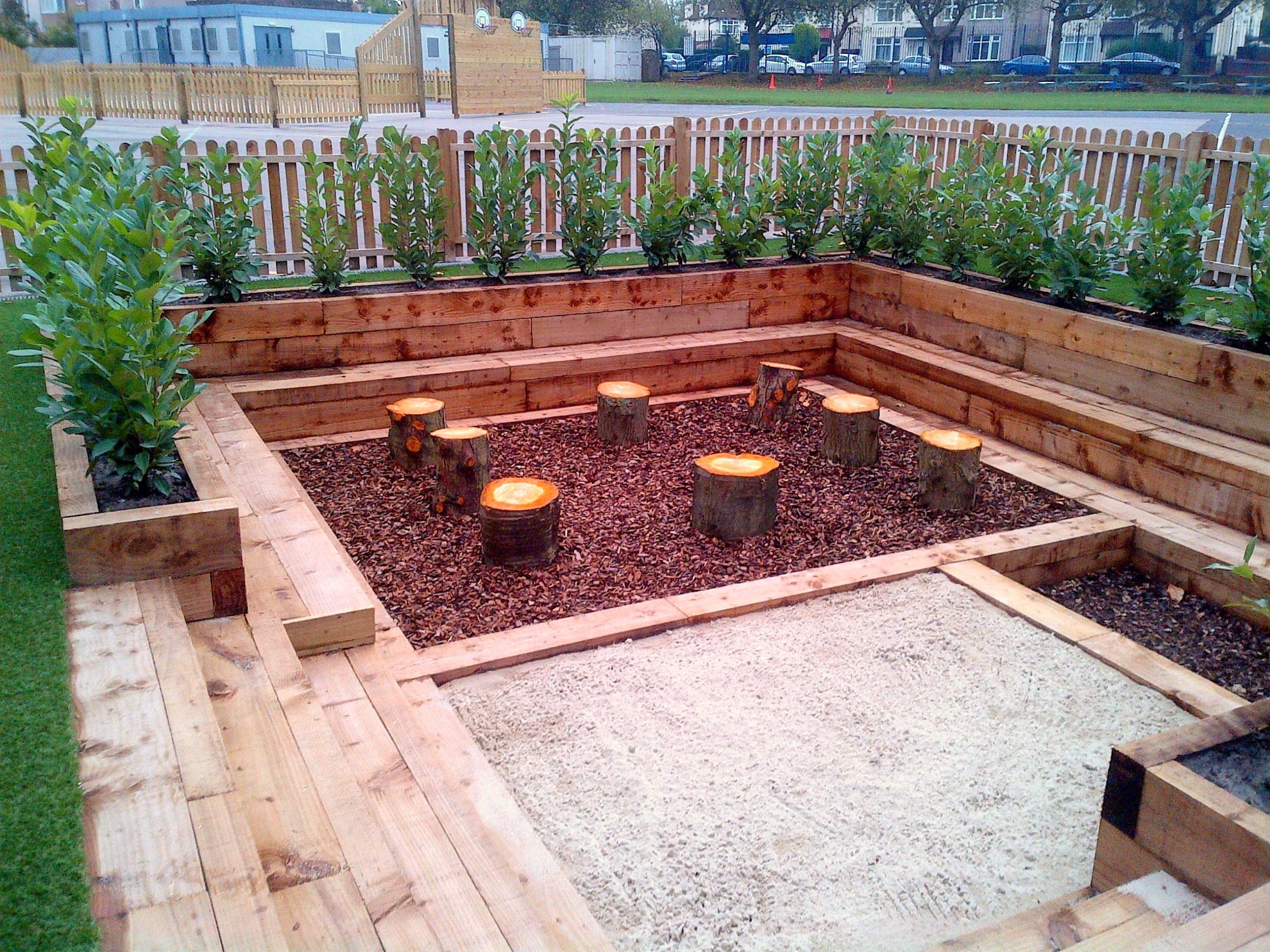 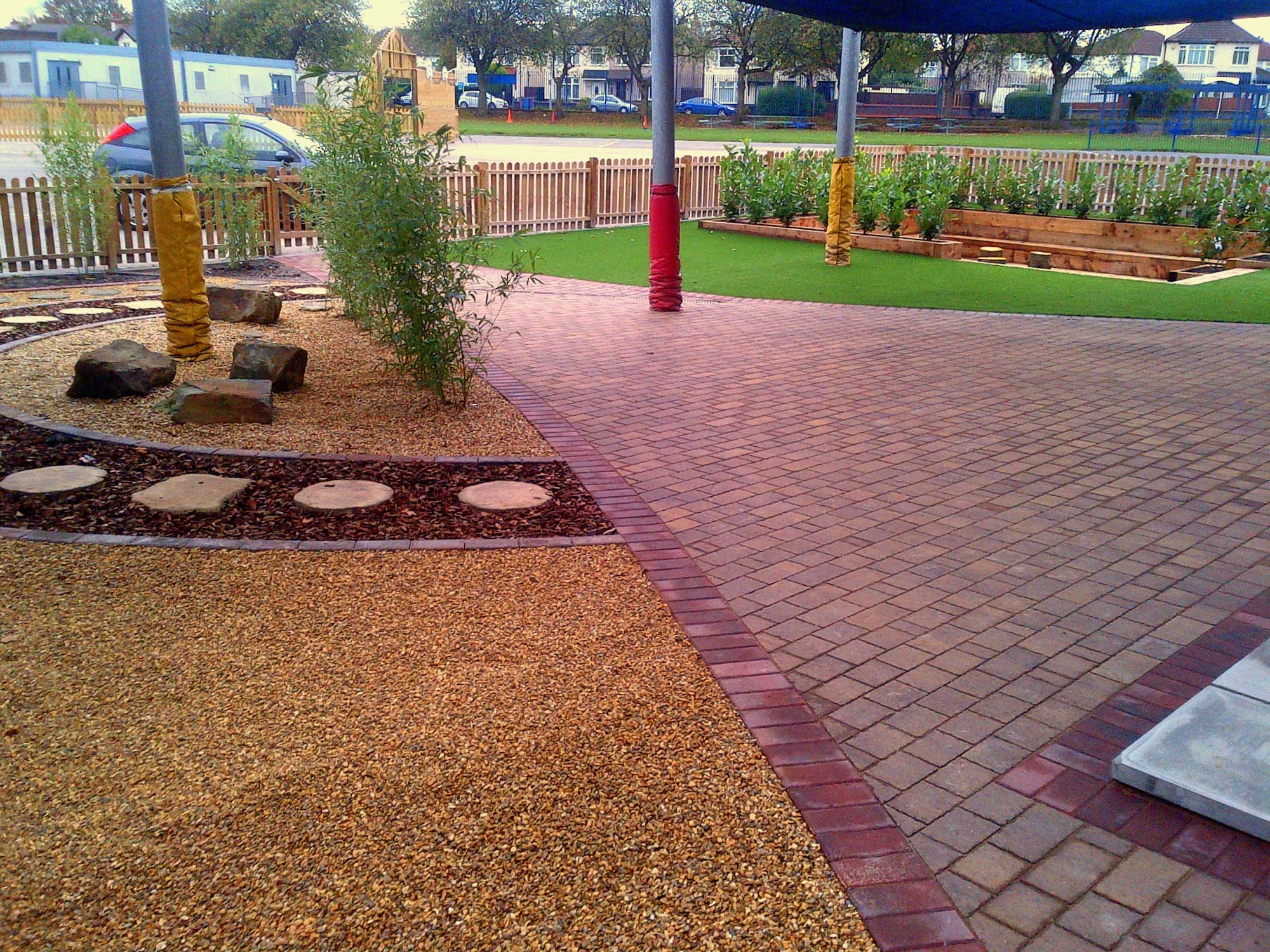 Contact us to arrange a free no obligation quotation for your landscaping project.